Shelley Blond was the first voice-actress for Lara Croft, lending her voice to the Croft character in the original Tomb Raider game.

The New York Times claimed her dulcet tones were “sexier than Kathleen Turner as Jessica Rabbit”. She was also several character voices in the computer game Black & White. 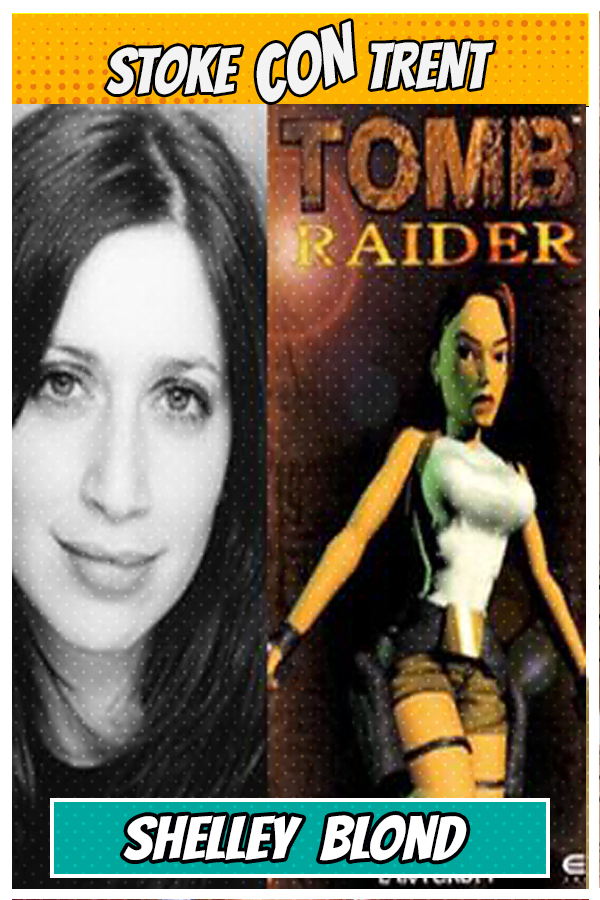 Shelley Blond appeared in Cold Feet as character Geraldine Hughes; as Michelle, Jez’s girlfriend, in Peep Show; and the television film Cruise of the Gods as PA Romy as well
as in West End musicals Only The Lonely (Patsy Cline) and Elvis, both for Bill Kenwright.
Shelley has hosted Room Raiders, T99, and Trouble at Breakfast for Trouble TV,
Crazy Drivers for Bravo and Its a Mystery for CITV as well as having starred in over 15 high-profile television commercials, including Toffee Crisp Clusters,
David Gray’s White Ladder album, Pot Noodle, Lambrini, and Celebrity Big Brother idents for Comic Relief.
A successful voice over artiste, she is the voice of Spooky Sister Amelia on Disney Channel’s The Spooky Sisters, Cinderella in Snow White: The Sequel
and Audrey Glamour in the 2014 film Moomins on the Riviera. She is the long-standing regular voice for ITV, Discovery Channel, National Geographic Channel,
History/Bio/Crime & Investigation channels, FX, Virgin Media On Demand, and is the voice for numerous cartoons, commercials, and jingles.
Also an author, Shelley’s children’s books, The Multi-Coloured Bird and The Lonely Spider are published by Five Dads Ltd.