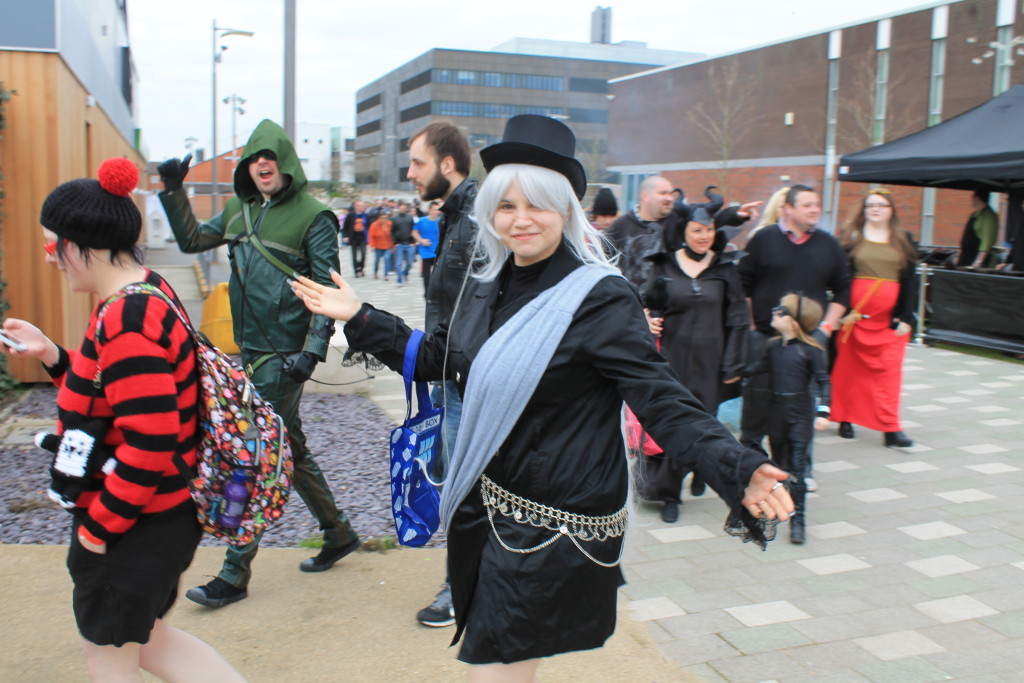 It was a rousing day for everyone, with Stoke-Con-Trent bringing out the geek in all people of all ages, attracting more numbers than last time and filling up the event more than double the size of last years! 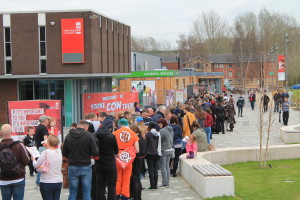 It was a chilly morning which deterred no-one from turning up to the Leek Road Venue from an hour and half before the venue opened, and when people arrived, they arrived in droves. By opening time, the queue to get in had gone onto the pavement of the street. The amount of people who arrived smashed previous record for last year, with online tickets completely sold out and more still wanting to get theirs on the door. Everyone was ecstatic to finally be allowed through the gates and into the event come ten o’clock, with everyone eager to get into the venue and see what wonders awaited.

Although not all attractions were inside; greeting the guests as they walked in on Wookie Way were guests to big to be confined to a hall. Cars. Lightning McQueen from Disney Pixar’s Cars gave his classic cheeky grin to everyone walking inside, while quips were being fired off from KITT, the smart talking car from the classic 1980s television show Knight Rider. The famous Delorean from Back to the Future was also around without the need of any time t 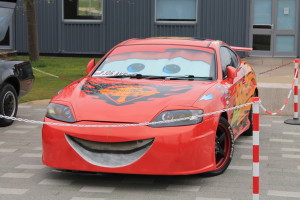 ravelling. And finally the A-Team’s own van came down to show off its stuff. I love it when a plan comes together.

Inside vendors had wares that was sure to scratch the itches of anyone’s geek craving. Artwork for various films, TV shows, comics and games were hanging up and raring to snatched up by any savvy consumer, T-shirts of your favourite quotes, quips or programmes were everywhere and begging for the opportunity to be donned and there was memorabilia-galore from themed mugs to action figures and statues. Board games, video games, plush dolls, posters, everything was on offer to everyone and attendees were eager to get their hands on anything to show off their nerdy and geeky ways.

Of course no-one wanted to leave this place for lunch (why would you ever?), which is why food could be found everywhere you went in enough varieties to quench anyone’s growling stomachs. Inside a stall selling foreign sweets and confectioneries could be found, selling everything from American Twinkies to strange flavours of foods we knew well like Pringles. Outside towards the entrance a barbecue was roaring from the beginning of the day right until it was time to leave, with burgers, bacon, sausages and loads of other tasty treats to enjoy the day. In the Verve café and bar connected to the LRV, a special menu was brought out by “General Snackbar” featuring special burgers and drinks themed around Star Wars. Thankfully there wasn’t any Ewoks on the menu. 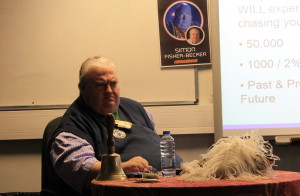 One of the big reasons to come down was to meet your favourite stars from across fiction who were all eager to meet, greet, take photos and sign autographs. The cast of Red Dwarf were busy all day, with Chris Barrie, Norman Lovett, Robert Llewellyn and Danny John-Jules putting on a show for fans all day. Simon Fisher-Becker, known for playing the character Dorium Maldovar during the Matt Smith era of Doctor Who and the Fat Friar, the house-ghost of Hufflepuff in the first Harry Potter film, did not just the usual hello and autograph, but also a seminar about his book called “My Dalek has a Puncture” where he talked about his personal life, his acting career and life after Doctor Who. 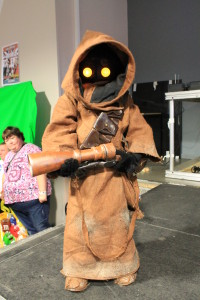 Even the attendees themselves were an attraction with cosplay, like at any convention, being a popular option for dressing in the morning. Fans dressed up as favourite characters from film, TV, Comics, games, anime and anything that drew the eyes. Some cosplayed for fun, others for photo opportunities, some even to flaunt off their cosplay craft but one of the big draws of the show was the cosplay contest. People of all ages showed off all of their talent of costume-making and acting as their favourite characters in hopes of being crowned the winner of the costume contest. One of the winners ended up being a man dressed up as Deathscythe from the classic Japanese Anime Gundam Wing. “It was my gateway into all this… From watching it I got into comics, into other anime… I wanted to honour it.”

But the show-stealer of the cosplay contest was one of the smallest entries into the contest. Jeanette Platt’s son stole the hearts of everyone at the show with an incredibly impressive cosplay of a Jawa from Star Wars. Absolutely adorable.

The event ended up being an incredible success. A thank you is stretched to all the volunteers, the workers, the venders, the staff, the guests, and you, the fans, who all made this possible. We’ll see you next time!

See the photo gallery below for more from the event. 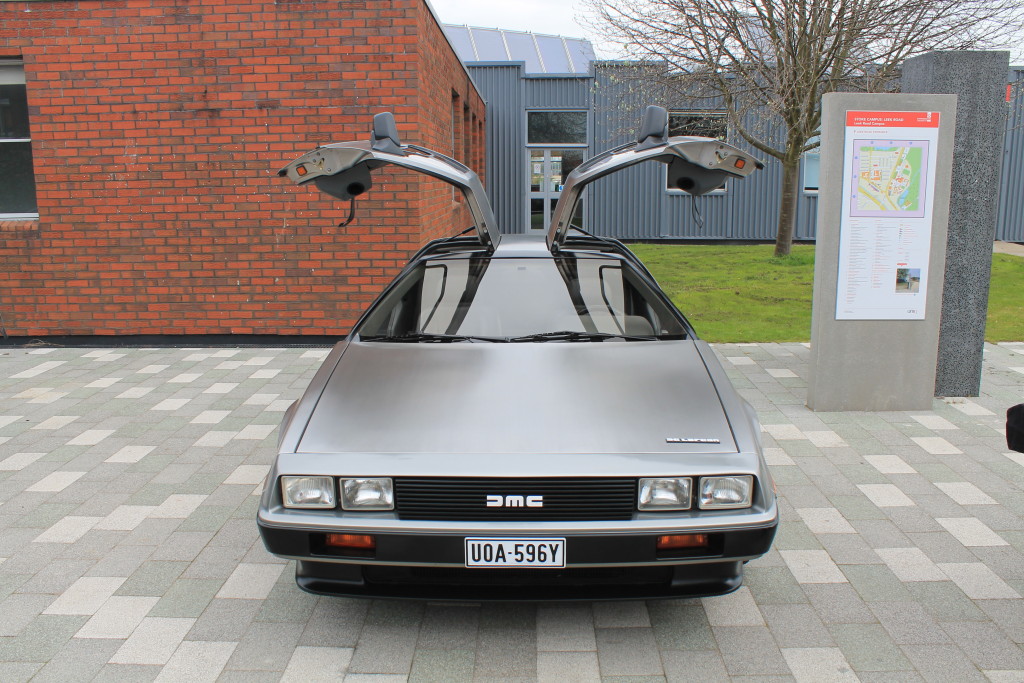 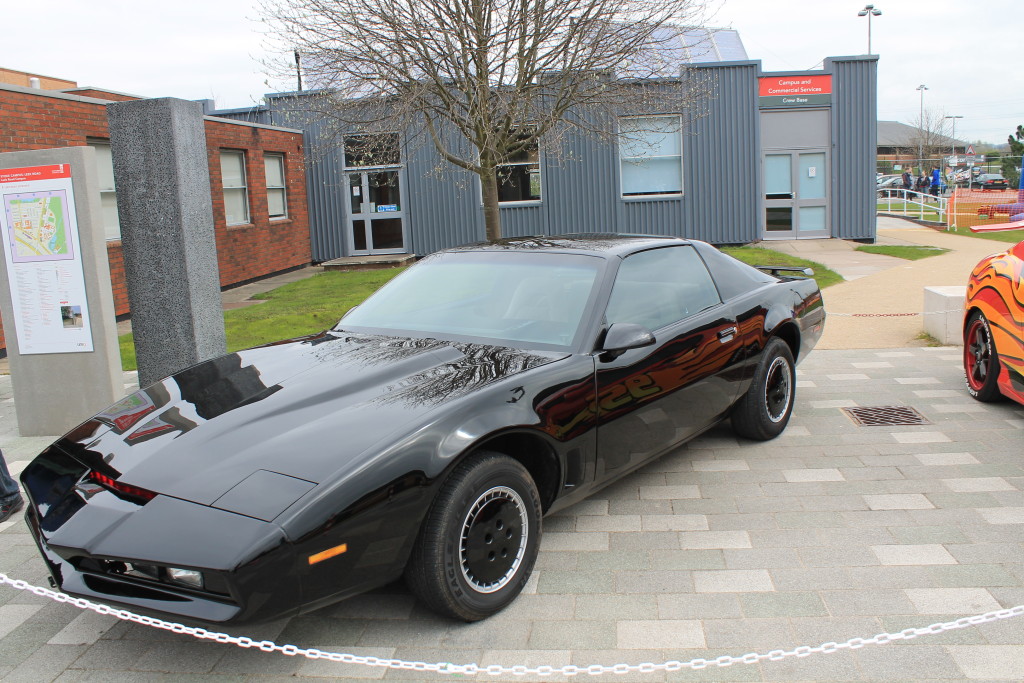 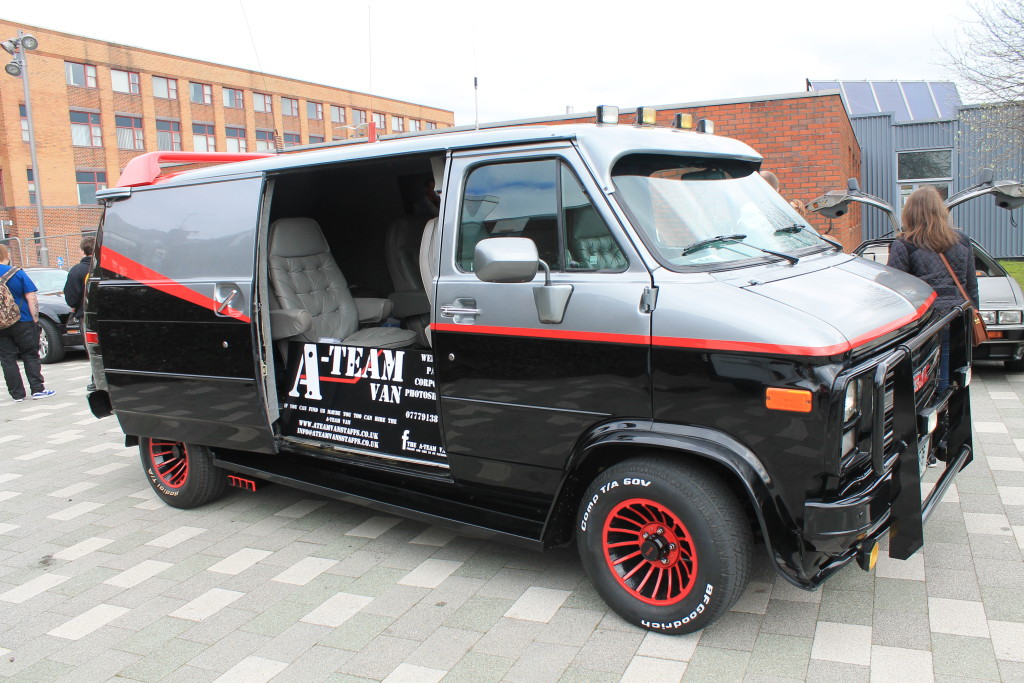 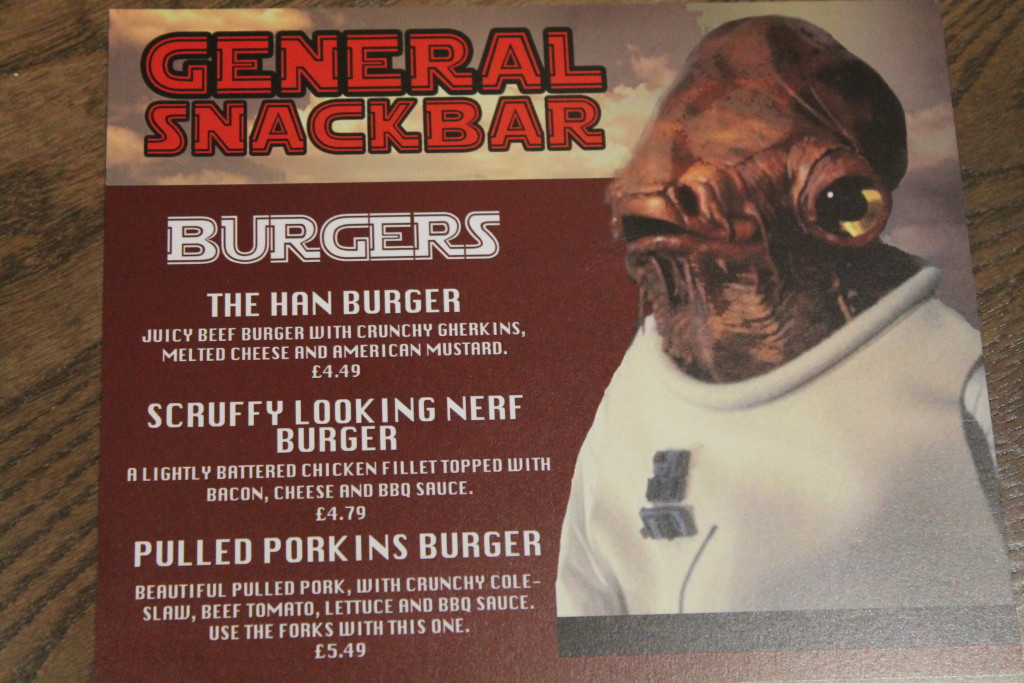 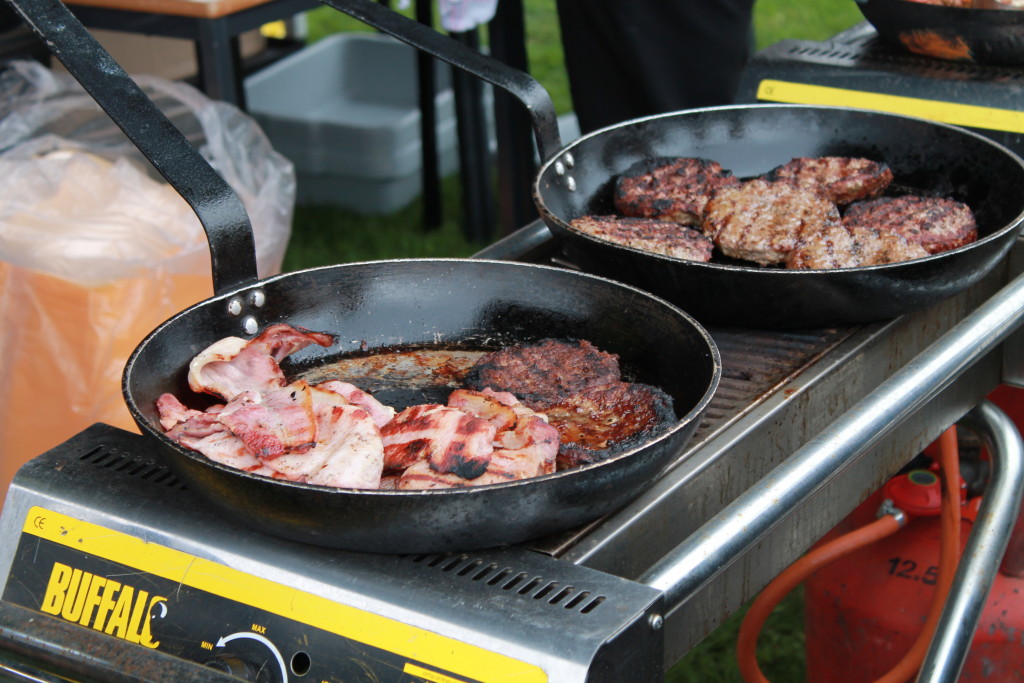 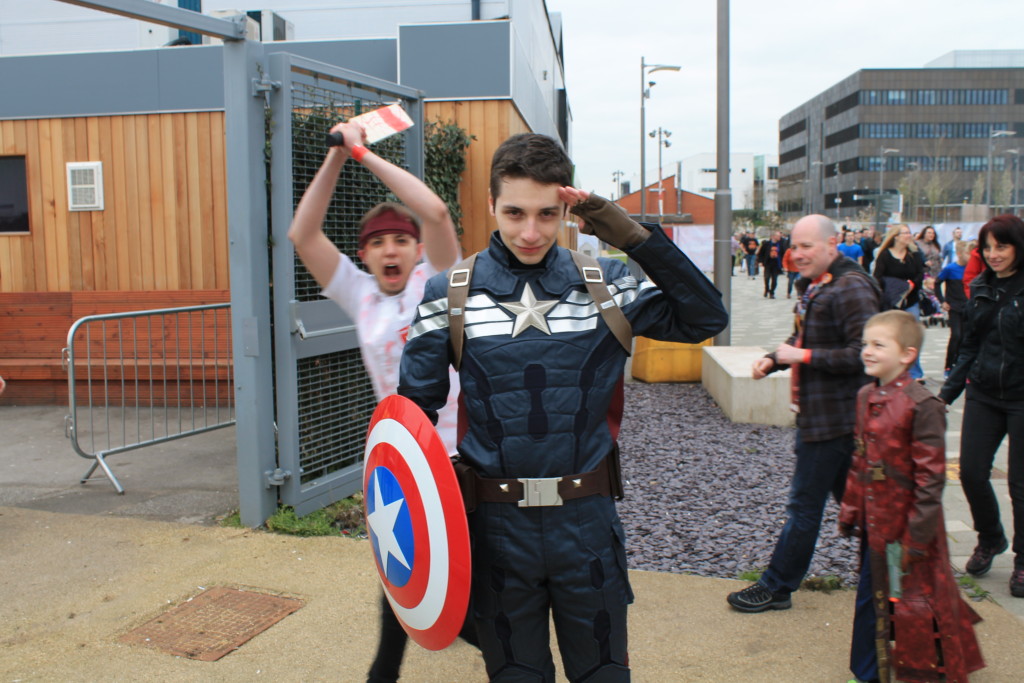 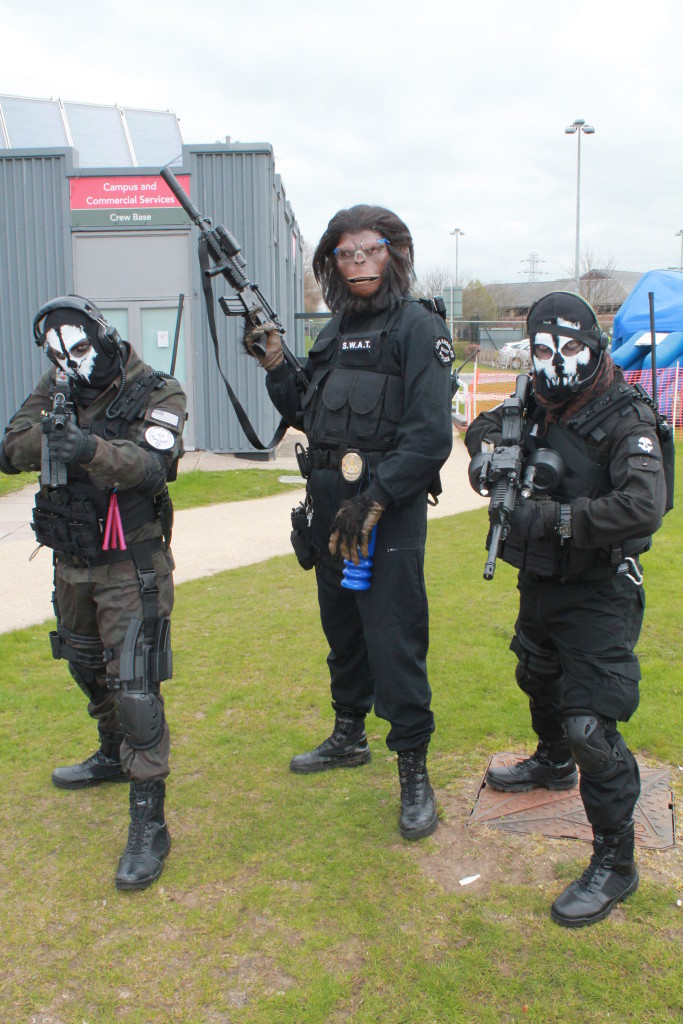 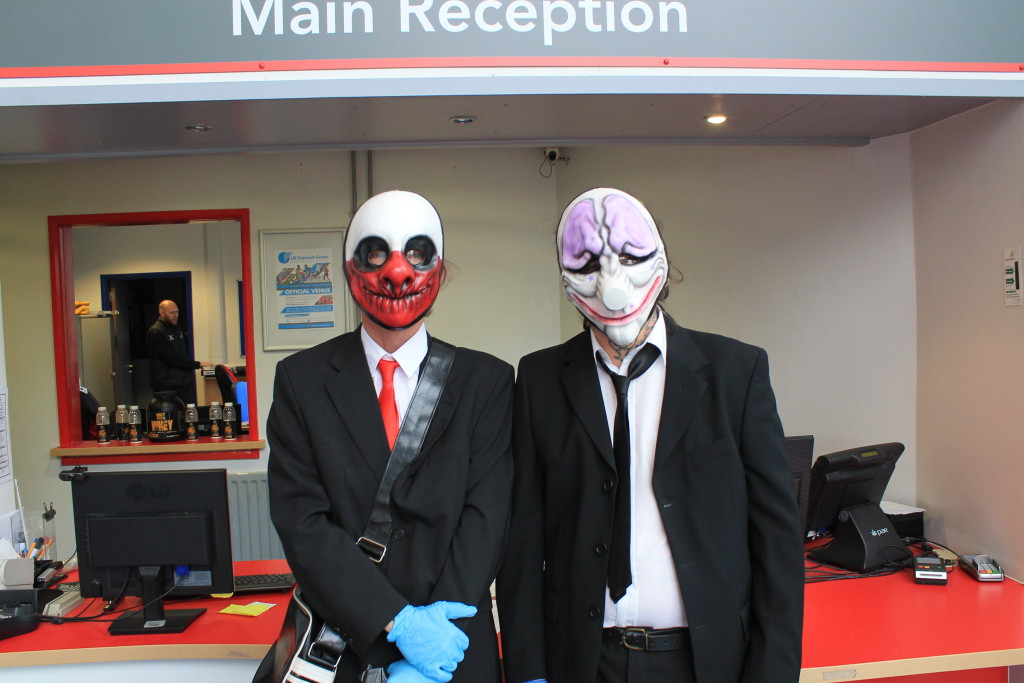 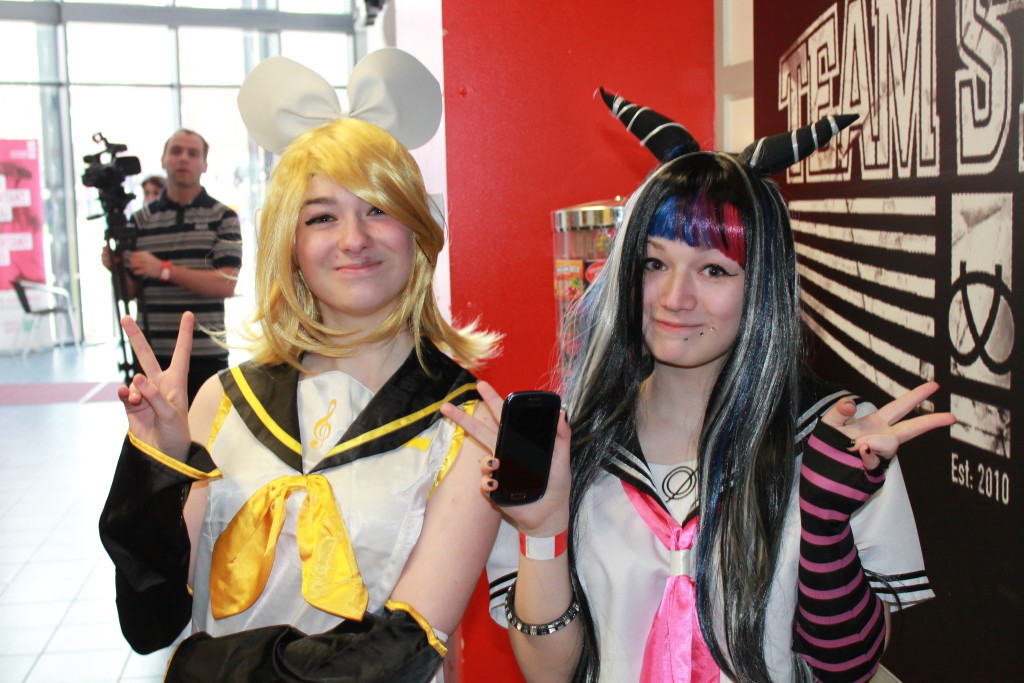 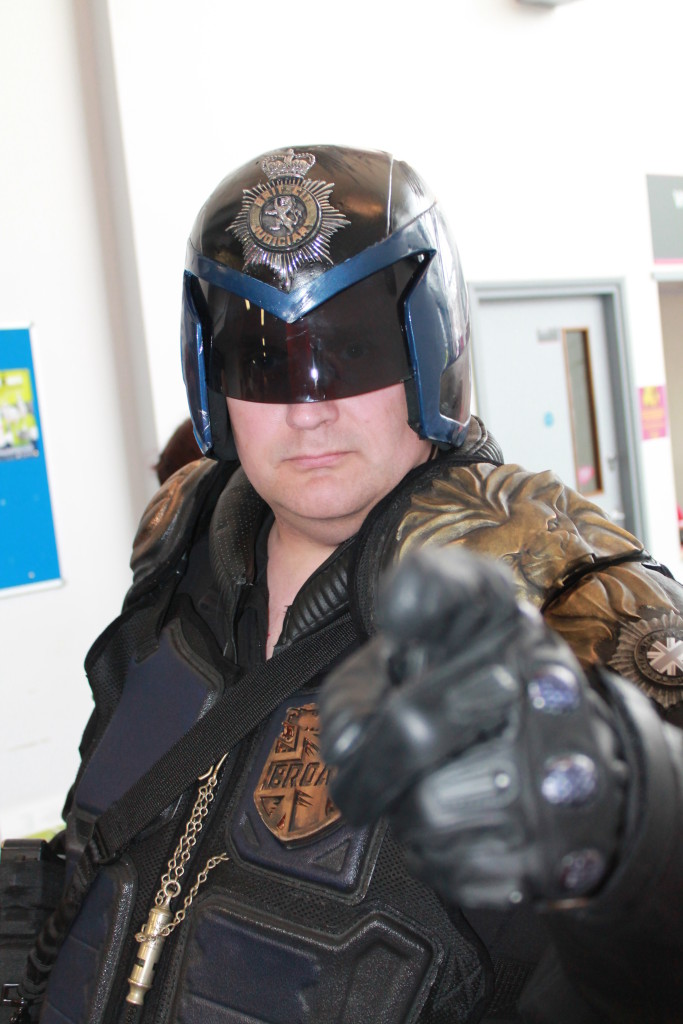 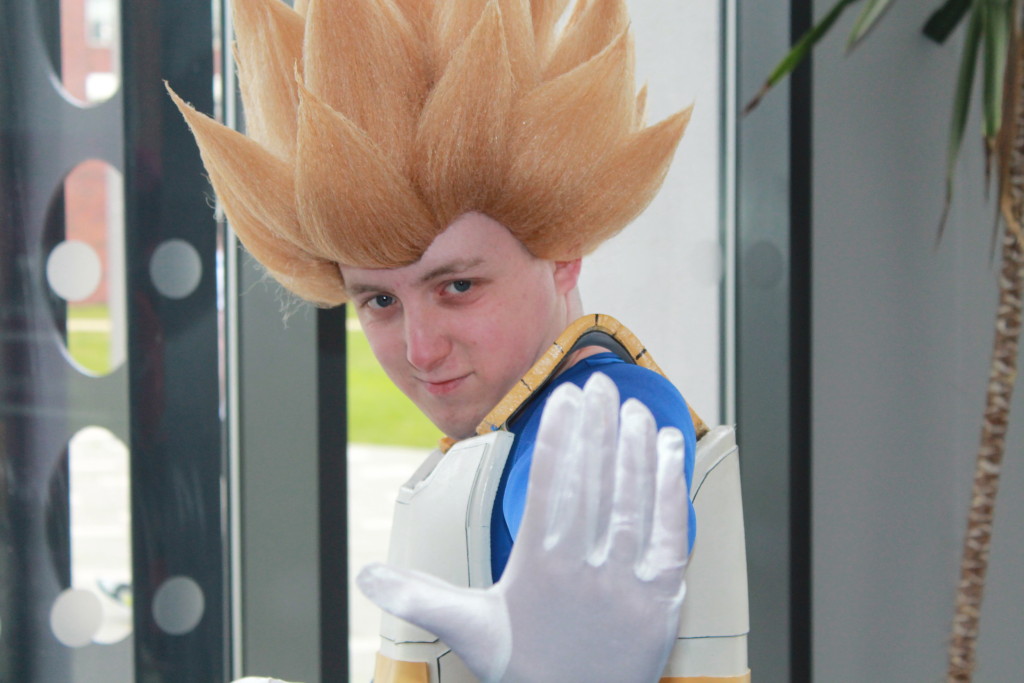 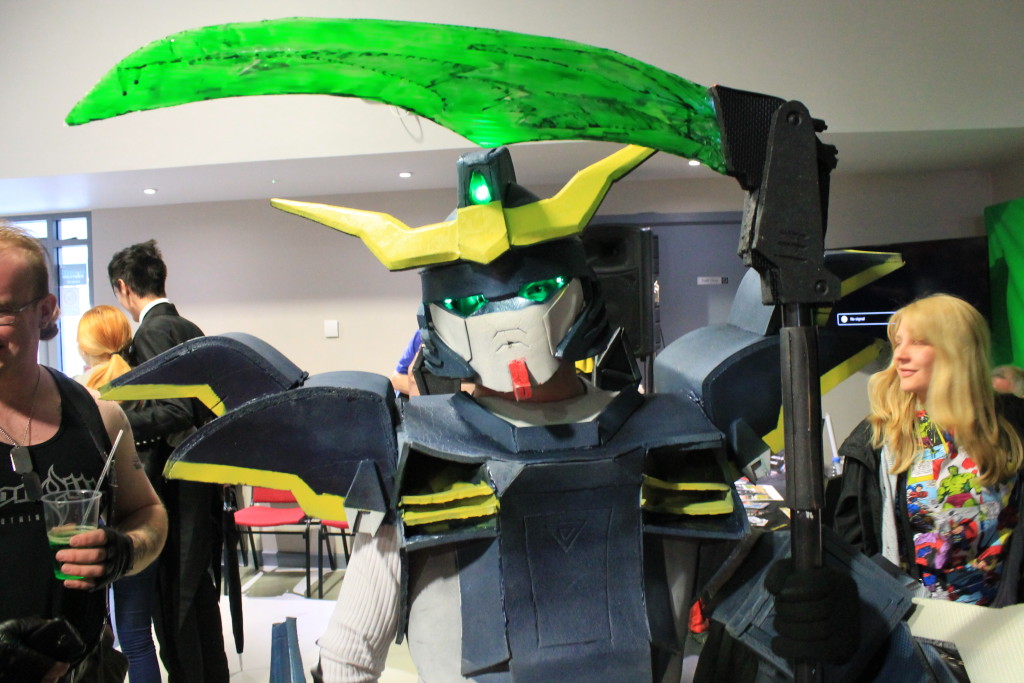 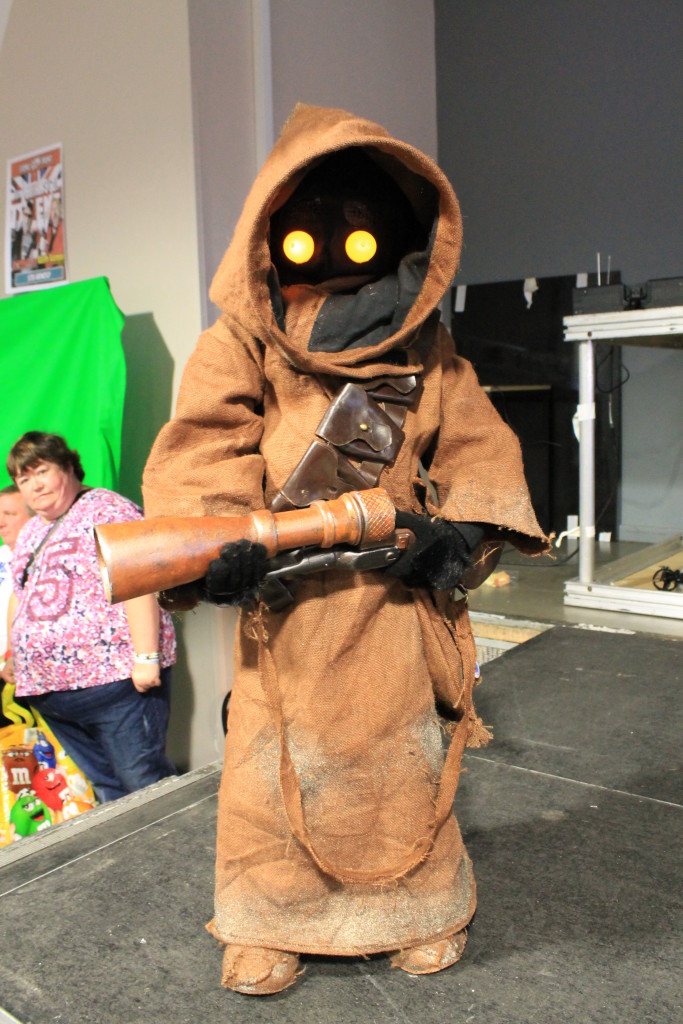 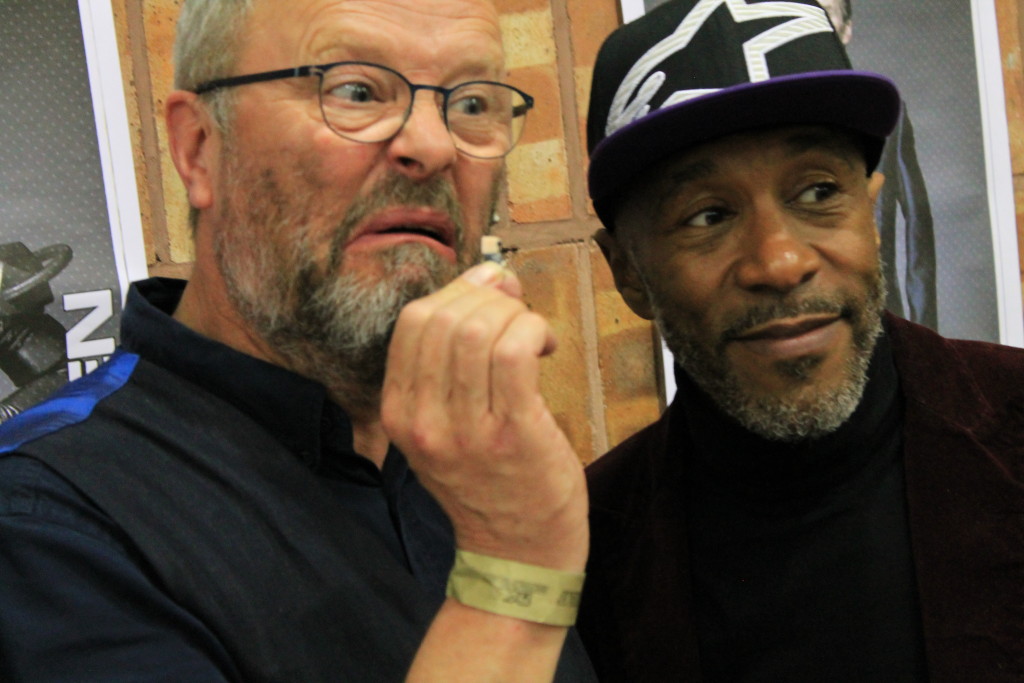 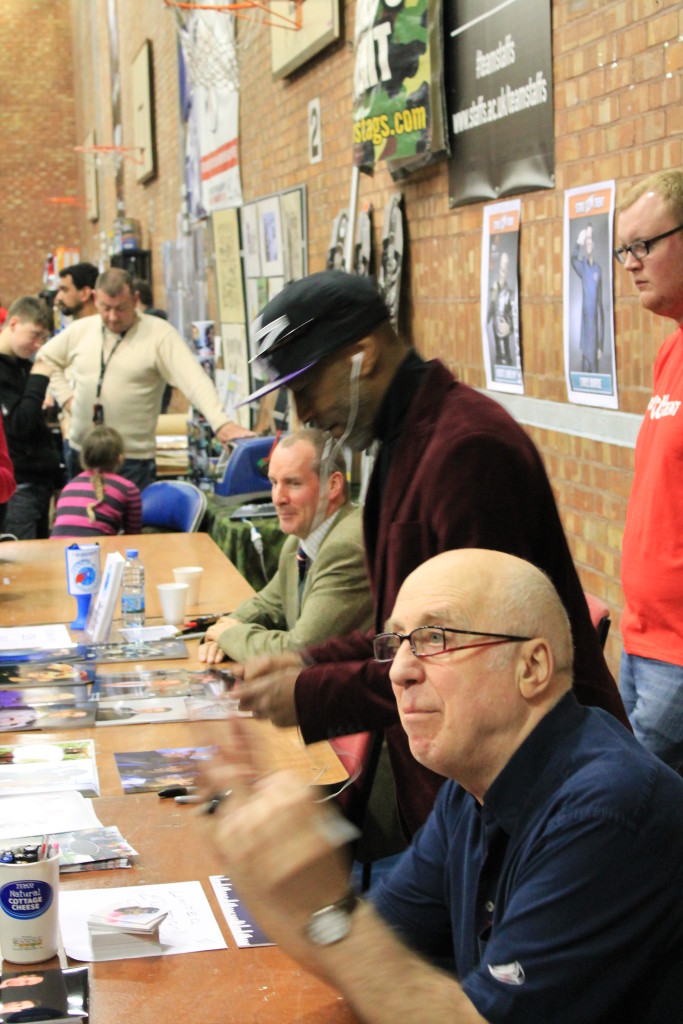 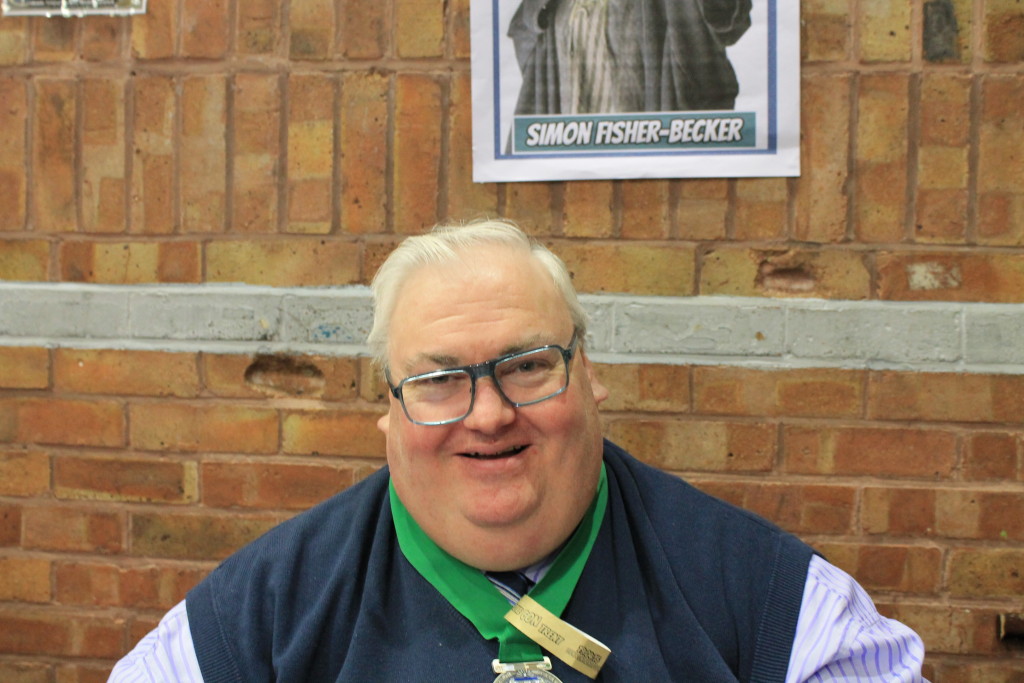 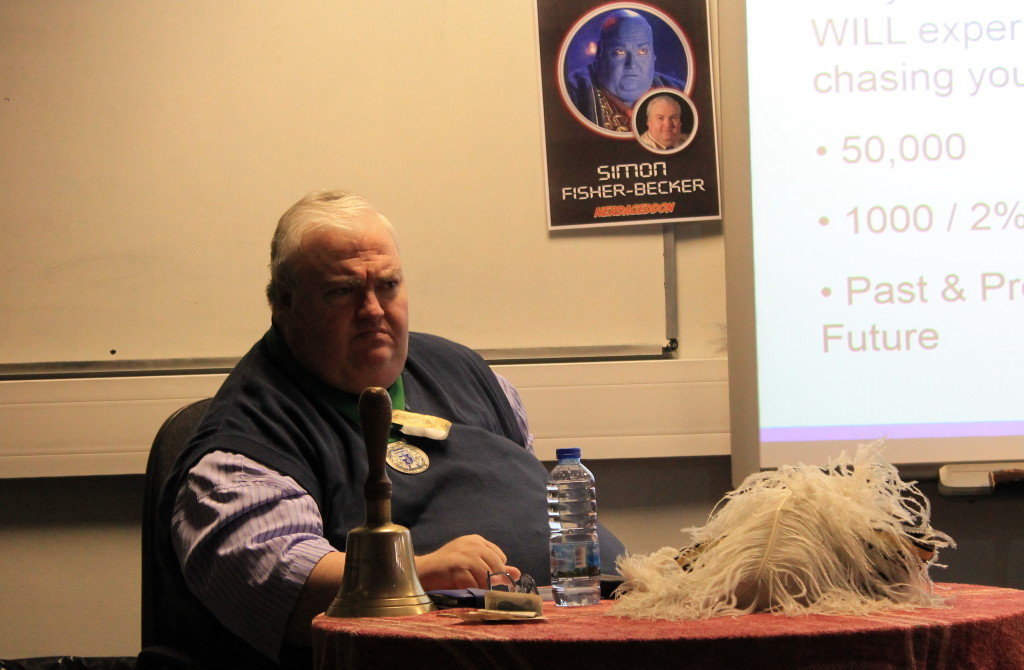 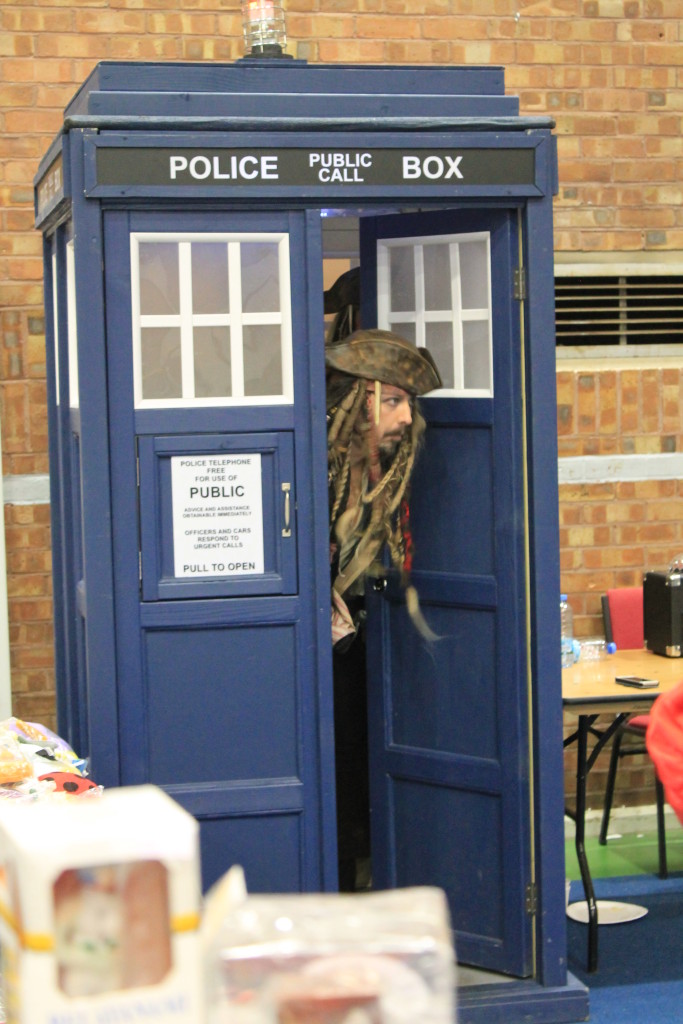