Michael Carter is probably best known for his portrayal of Bib Fortuna in ‘Return of the Jedi’ but his earliest role was in ‘Doctor Who‘ (in the 1971 serial The Mind of Evil), which he played as a UNIT Soldier and a Prisoner. 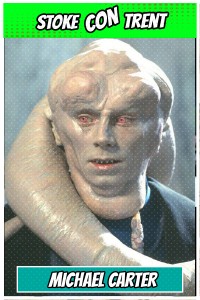 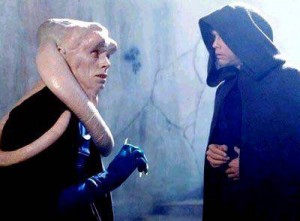 His film debut was in the classic  ‘An American Werewolf in London’ (1981) as London Underground passenger Gerald Bringsley which featured a fantastic action segment as he was chased by the unseen werewolf (See clip below):-