Tessa Peake-Jones is best known for her part as Raquel, Del Boy’s Wife, in the classic British TV Comedy Only Fools and Horses. 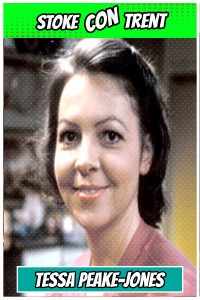 Originating from Harrow she also had a co-starring role in the 1999 TV series Births, Marriages, and Deaths. Her other television appearances include The Demon Headmaster, Midsomer Murders, Casualty, Holby City, The Bill, Up the Garden Path, Doctors and So Haunt Me.

In 2013 she appeared in the Doctor Who Christmas episode “The Time of the Doctor”, playing a character called Marta.