Mark Lester is an English actor most famous for his starring role in the film Oliver. He was also good friends with Michael Jackson and is godfather to the late singers three children. 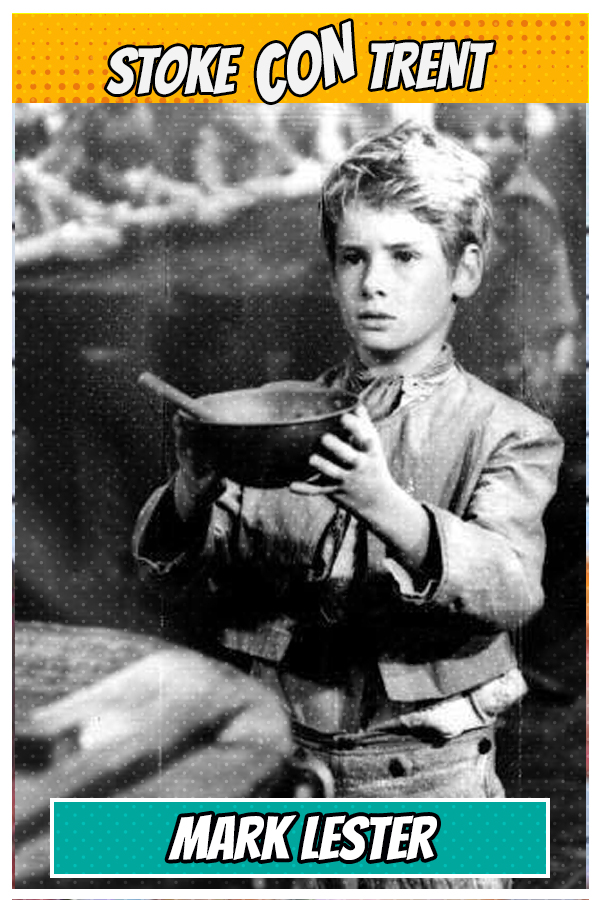 Lester initially had supporting roles in several British television series, including The Human Jungle and Danger Man. In 1964, at the age of six, He was cast in Robert Dhéry’s film Allez France! (English title The Counterfeit Constable) with Diana Dors (who appeared in the 1948 film version of Oliver Twist). He played a small part as the second schoolboy in Fahrenheit 451. In 1967, at the age of eight, Lester was cast in the title role in the film version of Lionel Bart’s musical Oliver!. The multiple Academy Award-winning adaptation of Charles Dickens’ novel co-starred Jack Wild, Ron Moody, Harry Secombe, Shani Wallis and Oliver Reed and was directed by Carol Reed. Since Lester could not sing, his singing was dubbed by Kathe Green, daughter of the film’s music arranger Johnny Green. Lester became good friends with Wild during production of the film and their friendship continued after production, with Lester describing Wild as a “long lost brother”.

These two child actors later reunited for Melody (1971), which depicted British schoolchildren in love. Tracy Hyde played the role of Melody in the film, which used music from the Bee Gees and Crosby, Stills, Nash & Young. In 1969, Lester received critical acclaim for his portrayal of a dysfunctional and withdrawn only child in Run Wild, Run Free, starring opposite John Mills, and then as a disturbed child in the first regular episode of Then Came Bronson. Lester’s acting roles peaked as he starred in Eyewitness (1970), with Susan George, Night Hair Child with Britt Ekland, Whoever Slew Auntie Roo?, with Shelley Winters, Melody and a film version of Black Beauty (all 1971). After this period, his acting roles in the UK would begin to wane. He extended his range with roles in a series of films in Italy including Redneck (1972) with Telly Savalas and the Western Scalawag (1973) with Kirk Douglas. The final film of his Italian-based career was in the costume drama La Prima volta sull’erba (English title The First Time on the Grass, 1974), which was nominated for the Golden Bear prize at the 25th Berlin International Film Festival. Lester wrapped up his film career with the lead role in the all-star film Crossed Swords a.k.a. The Prince and the Pauper (1977), starring Raquel Welch, Charlton Heston, Rex Harrison, George C. Scott, and Oliver Reed, who had played Bill Sikes in Oliver!.