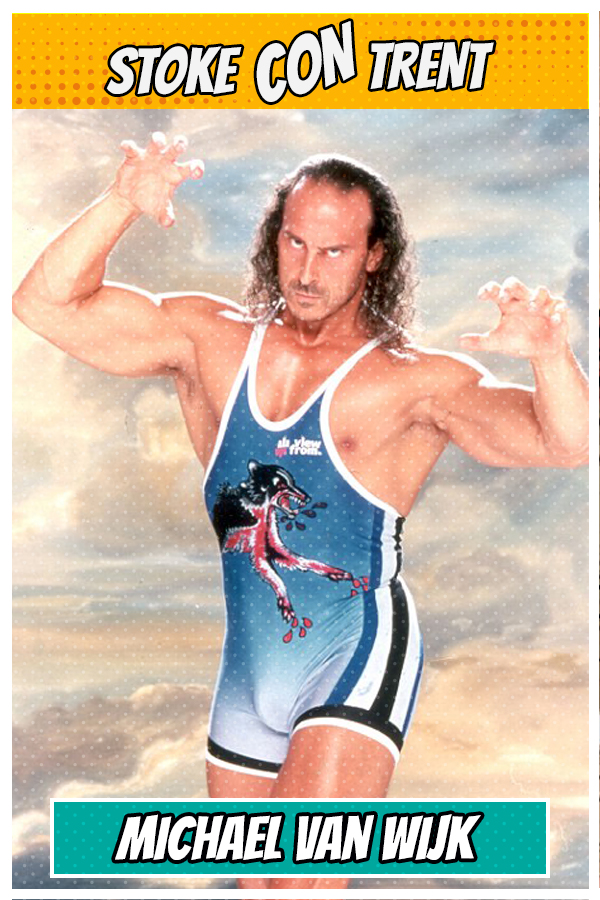 Born in Bombay (now Mumbai), India, Van Wijk is most well known for his role on British TV endurance sports game show Gladiators, a role he held for seven years, eight series (1992-1999). Wolf was a villainous character who routinely displayed poor sportsmanship, and he is referee John Anderson’s arch-nemesis. similar to a heel in professional wrestling.

His character Wolf was inspired by his unsuccessful audition for a role in the film Dances with Wolves.

In 1988, Van Wijk appeared in a small, featured role in Ken Russell’s film Salome’s Last Dance. Van Wijk used to run a gym in Hayes in Bromley, London called ‘Wolf’s Fitness Centre’. It was open until the late 1990s.

Michael actually played professional football when, in October 1994, he turned out for Gillingham F.C., reserves, playing for 73 minutes in a match against Cambridge United’s reserves before going off injured. The interest in his appearance increased the gate ten fold.