Meet Cobra from Gladiators at

Mick Willson was born in October 1963 at Dartford. He’s been an amateur boxer, kick boxer, bodybuilder and martial arts expert after training to become fitter, gain muscle and definition. Through his training Cobra put on 2 stones of muscle then he entered his first body building competition. Although he wasn’t your typical contestant, he didn’t take himself too seriously, he would pull faces at the judges, wear wigs and do monkey impressions.

Mick won bodybuilding titles Mr South London and Mr Kent, he has also won a half-marathon.  He went on to join ITV’s Gladiators as Cobra and became well known for his high-kicks and splits upon entering the arena. He was also known as the joker of the Gladiators team, his practical jokes lightened the mood between the shows as filming can be very stressful. Although he is the joker in the pack he is deadly serious when it comes to the events, as soon as he hears the call of ‘Gladiators Ready’ he is ready for action. His theme tune was “Calling All The Heroes” by “It Bites.” 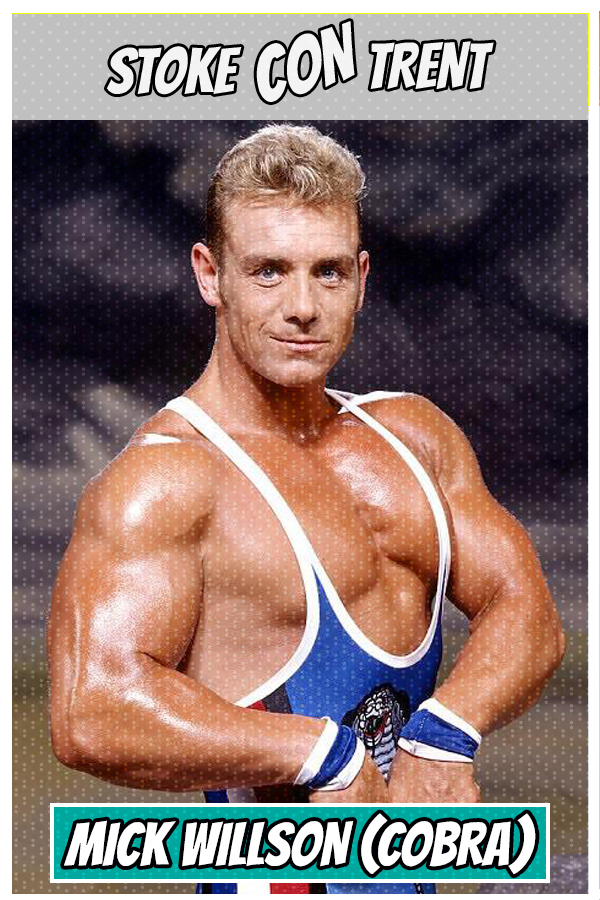 Although he was one of the smallest male Gladiators he’s very quick and agile proved himself against the best on the Duel podium, in which he was never been knocked off by a contender. He was also a master of the Hang Tough rings.

He now spends time visiting schools and youth clubs up and down the UK, promoting that keeping fit can be fun. Cobra was also part of the special UK international team and headed off to compete against South Africa in the Springbok Challenge 2000.