Jon has been in the business as a professional comic artist and illustrator for 30 years.

He has worked in many mediums :- for comic book companies, computer games, film and television & children’s books

Jon is a passionate artist who sells his work and will also do commissions of his characters at the event. 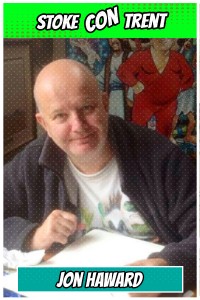