Kim Betts is best known for her work in the ITV series Gladiators in which she was the longest serving female star Lightning. 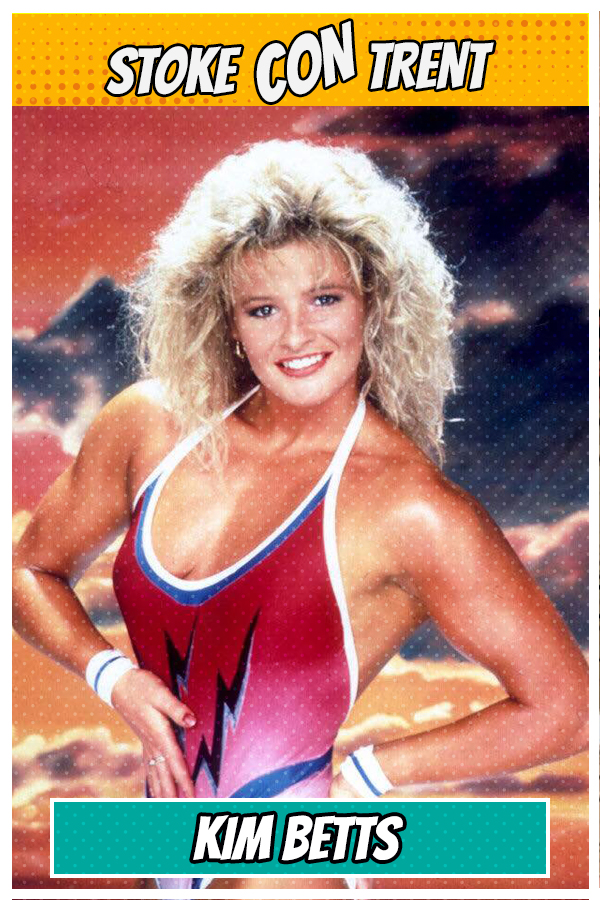 Her career as seen her compete as a gymnast across Europe, gaining 32 medals while representing Great Britain, then moving on to compete on four occasion the Miss Figure Bodybuilding competition, her best result was second  in the British championships.

Lightning was known as one of the toughest and most determined of the UK Gladiators. Known as the ‘Queen of Hang Tough’, she remained undefeated in the UK Arena and was only ever beaten once, during filming of the first Ashes series in Australia. That loss happened on the first heat of the first Ashes against Australia’s Kerry Warman who slid past Lightning and defeated her. Betts gave birth to a baby boy called Lexus just three weeks before competing in the Gladiators arena for the 1999 series.

Lightning appeared in every single domestic & International series bar Springbok 2, her usual attire was a leotard and sometimes sports bra and pants. She recently made a welcome return to Gladiators for the 2008 revamp in a “Legends” special, competing alongside former Gladiators Flame, Rebel, Rocket, Ace, Hunter, Trojan & Wolf as special contenders against the new Gladiators all in the aid of Charity. Lightning later returned again for a second Legends special, alongside Scorpio, Siren, Rocket, Bullitt, Cobra, Trojan & Wolf.

Kim Betts (née Williams; born 25 December 1971) is an English Gymnast, bodybuilder and TV presenter best known as Lightning in the ITV show Gladiators, where she was the longest serving female star.