John Wagner started his career in editorial with D. C. Thomson & Co. in the late 1960s before becoming a freelance writer and a staff editor at IPC in the 1970s. 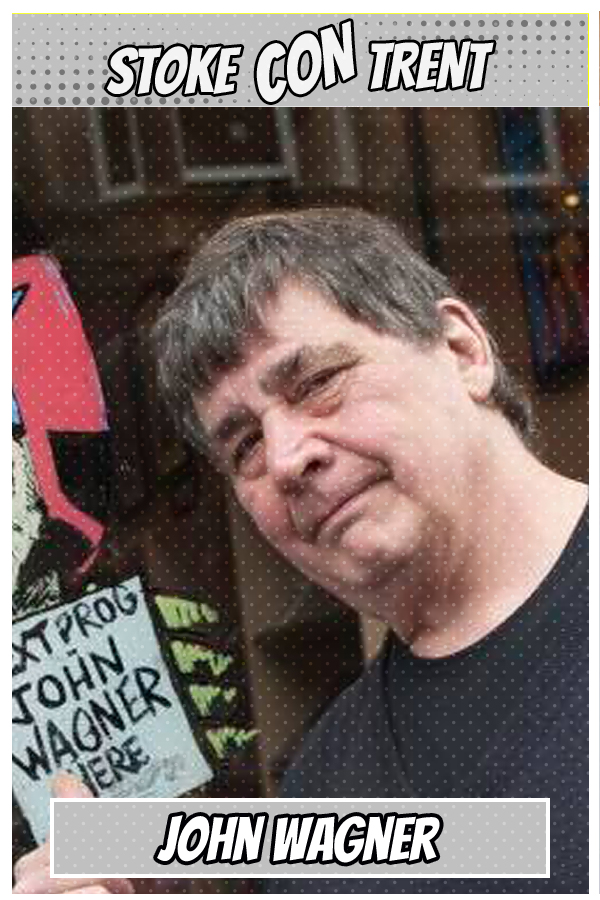 He has worked in children’s humour and girls’ adventure comics, but is most notable for his boys’ adventure comics; he helped launch Battle Picture Weekly (1975), for which he wrote “Darkie’s Mob”, and 2000 AD (1977), for which he created numerous characters, including Judge Dredd (named after a Ska singer!), Strontium Dog, Robo-Hunter and Button Man.

In the 1980s, he and co-writer Alan Grant wrote prolifically for IPC’s 2000 AD, Battle, Eagle, Scream! and Roy of the Rovers. They also wrote for DC Comics’ Batman in the U.S., created a series of Batman and Judge Dredd team-up comics, and started the British independent comic The Bogie Man.

Judge Dredd has twice been adapted for film, and David Cronenberg adapted Wagner’s graphic novel A History of Violence into the 2005 film of the same name.

Wagner continues to write for 2000 AD and Judge Dredd Megazine.

Tickets are available now click the link on the  link below to get yours :-