David Leach’s career as a cartoonist, writer and editor spans over 30-years, starting in 1987 when he joined the studio of legendary British animator Bob Godfrey’s animation studio as his ghost artist.

He created Psycho Gran for Oink and The Dinner Ladies From Hell and The Driver, (which he co-created) for cult British comic, Toxic! He also co-wrote and drew The Toxic Crusaders for Marvel US. He currently works for Titan comics editing titles as diverse as Hammer’s The Mummy and Captain Kronos, SuperMansion, Dan Dare, Lenore, The Prisoner, Fighting American, and Adventure Time.

In 2011 he returned to his brought Psycho Gran out of retirement to appear in David Lloyd’s Aces Weekly digital comic and her own digital comic available exclusively from Comixology. She is scheduled to appear in the new Deadline Missed magazine. In 2014 Dead Universe Comics published the first two issues of David Leach Conquers the Universe and in 2016 they published the first issue of Psycho Gran Vs… a new 4-book mini series.

In 2013 David co-won Channel Four’s Come Dine With Me.

some of David’s art work is below 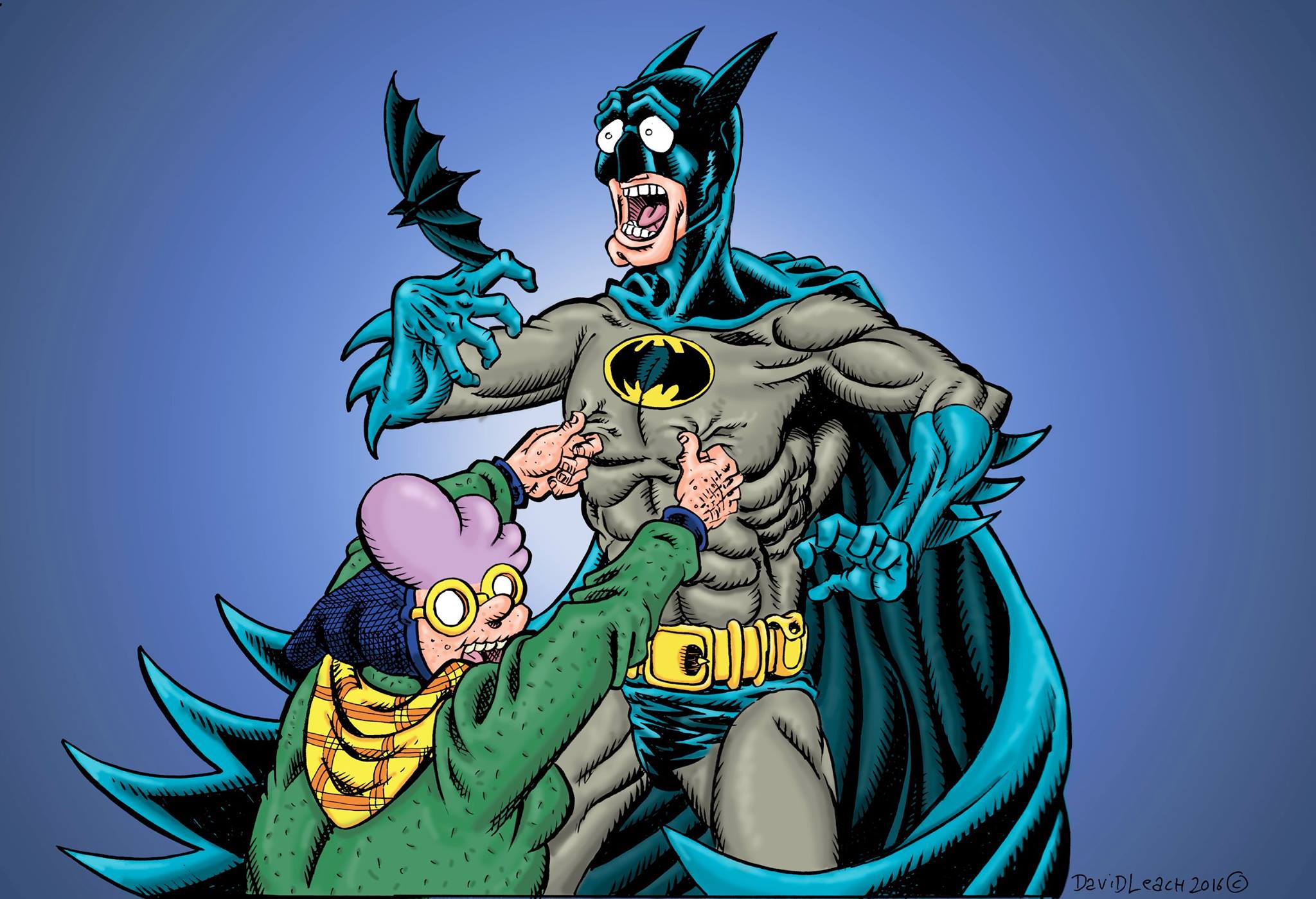 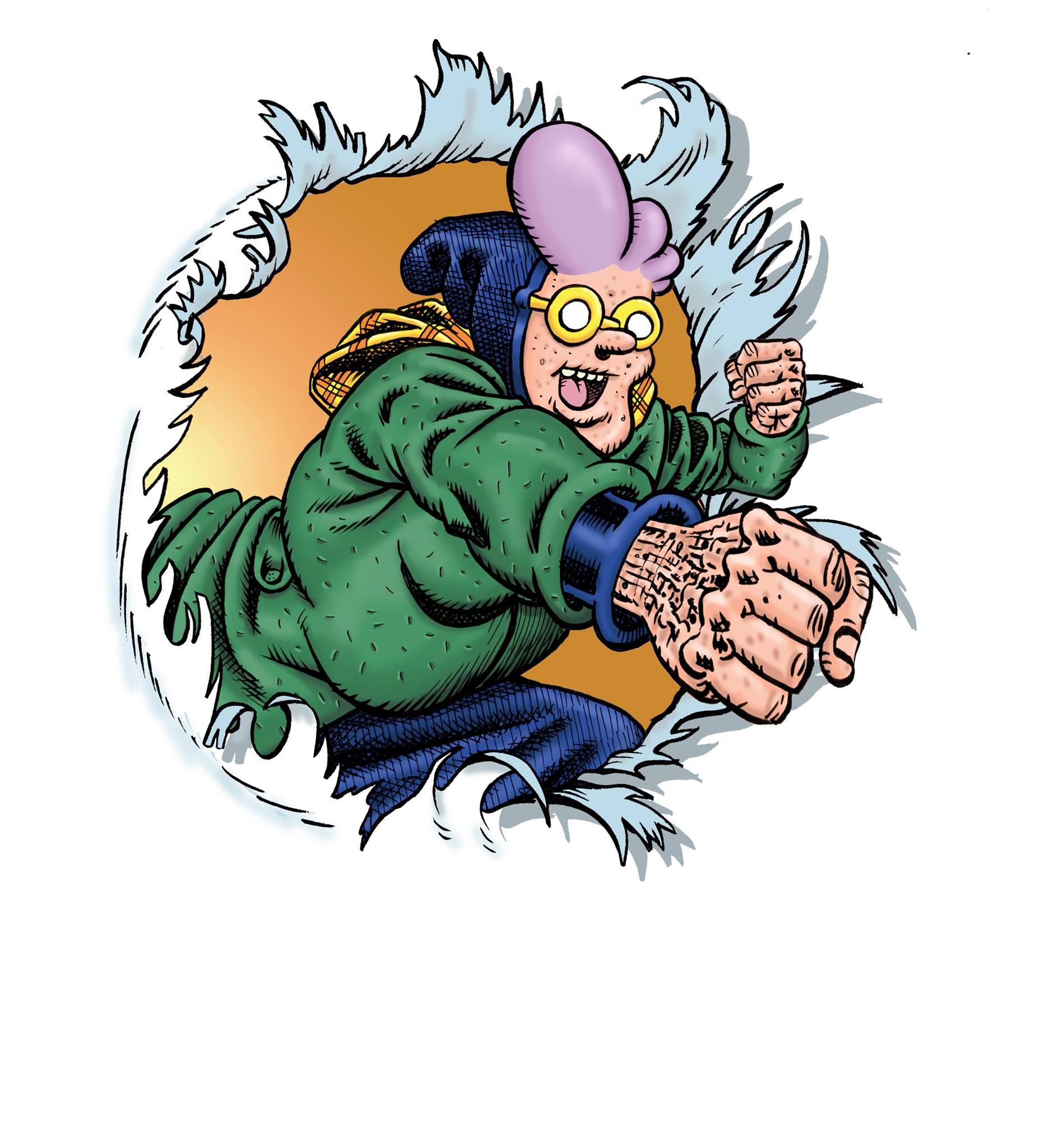