Miltos Yerolemou has appeared in a number of British productions including’Absolutely Fabulous‘ ‘Black Books‘, and ‘My Family‘.

In 2010, he started playing the role of Arya Stark’s water dancing teacher Syrio Forel in ‘Game of Thrones‘. 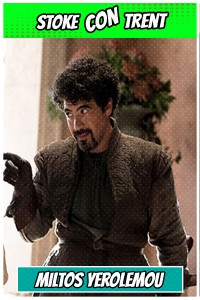 Syrio is a master sword fighter and instructor instantly became a favourite with fans.

Earlier in 2015 it was announced he would be appearing in the upcoming Star Wars film Episode VII.

A select few will get a chance to take part in a sword fighting masterclass with Miltos at Sunday’s show – places will be extremely limited (30 places for the 90 minute class) so make sure you book early online here Miltos Master Class or on the day. 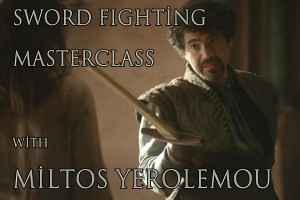