Martine is quite unique, in that she has appeared in three Bond films: the only ‘Bond Girl’ – aside from the actresses playing Moneypenny – to do so. 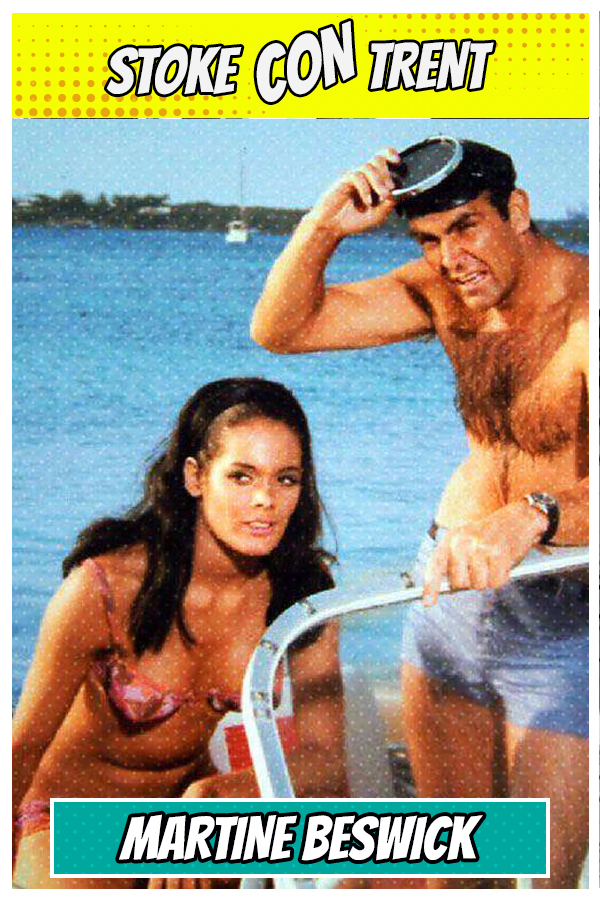 A former Miss Jamaica, Martine was selected as one of Maurice Binder’s dancing girls in the opening credits of Dr No. This lead to her being cast the following year in From Russia With Love as one of the gypsy fighters, Zora. She then returned, along with director Terence Young, two years later as Paula Caplan in Thunderball, ensuring her an enduring place in Bond fan’s hearts.

Outside of Bond, Martine appeared in films such as One Million Years BC, Prehistoric Women, A Bullet For the General and Hammer’s Dr Jeckyll AND Sister Hyde (playing Sister Hyde). TV work includes Days of Our Lives, Santa Barbara, The Fall Guy, Hart To Hart, Fantasy Island and Danger Man