Boycie Makes A Comeback To

John Challis returns to one of his favourite conventions Stoke CON Trent. 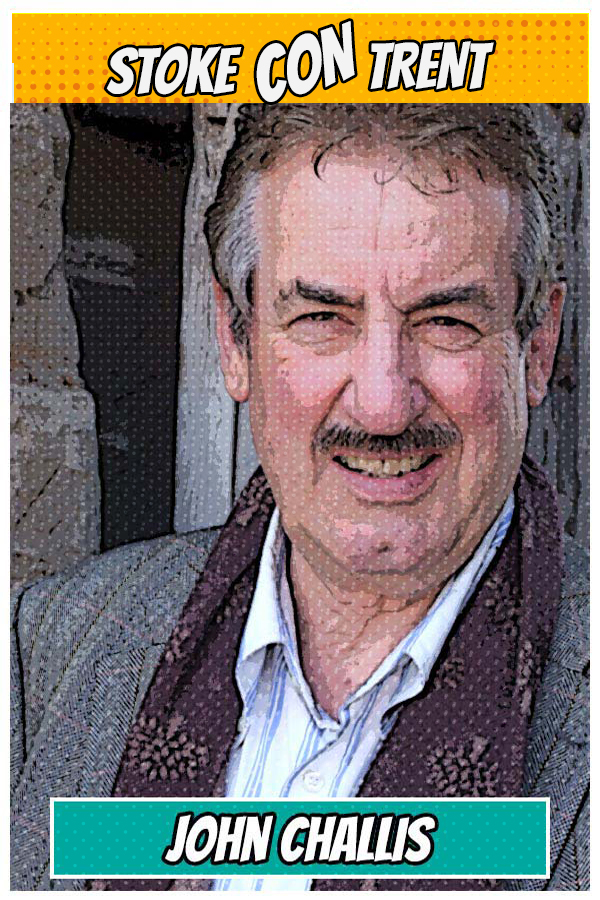 He spoke about meeting one of his own personal heroes at our event – Gordon Banks in the Birmingham Mail.

John is best known as Boycie in the BBC’s Only Fools and Horses (1981).

He also had roles in The Green Green Grass (2005), and Doctor Snuggles (1979). And for all the classic Doctor Who fans, he also played Scorby in the Doctor Who story “The Seeds of Doom”. When talking about Only Fools & Horses, he once said:

“We just knew that whatever else we did, however good we were in other roles, the most famous thing we’d ever do was Only Fools and Horses. It was just so big. But it was wonderful to be in something that meant so much to people.”

His personal favourite Only Fools and Horses episode is “The Sky’s the Limit” (1990).

John has been very busy recently, he’s now a regular in the hit ITV series Benidorm playing cad and love interest Monty Staines, he’s also been doing a one man theatre show tour of the UKcalled “An Evening with John Challis.”

Did you know that he worked at an estate agents in Surrey prior to becoming an actor?

Did you know he’s the president of the British Hedgehog Preservation Society?

Who could forget that infamous trade mark “Boycie Laugh”?!?

You guys will get the chance to buy his fantastic books “Being Boycie” and “Boycie and Beyond” and have them signed at Staffordshire University on April 15th 2018.