MARC JACKSON is a cartoonist living and working in Macclesfield, Cheshire.

Over the past 5 years he’s been honing his skills and self-publishing his own comics in an attempt to get into comics as he’d always wanted as a youngster.

Self-publishing, led to his comic Man from Space being picked up by UK publisher Markosia, who published Marc’s first ever graphic novel last September 2014. 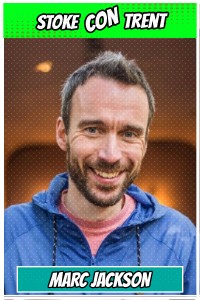 Marc successfully brought four-panel funnies to his local Newspaper Macclesfield Today over a year ago and has seen his comics Duck Dare and Hero Hound and a re-worked strip cartoon version of Man from Space, both feature and continue to this day. He also has a comic ‘Mr Pooch’ in the Brooklyn NYC community newspaper The Red Hook Star Revue. 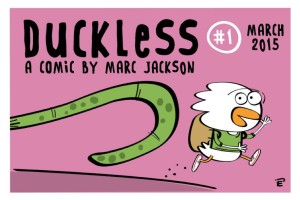 Marc’s biggest achievement so far happened last Summer when his new character Lenny the Lettuce found himself in the pages of the Beano for a 9 week run.

His latest character Duckless can now be seen exclusively in the online anthology Aces Weekly, started up 2 years ago by UK comics legend David Lloyd. 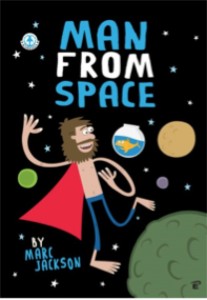