Beam Me Up – Star Trek Star

2016 sees Star Trek celebrating it’s 50th anniversary and to celebrate this we have asked Garrett Richard Wang to come to Stoke CON Trent #4. on April 17th 2016.

Wang is most famously known for his role in Star Trek: Voyager as Ensign Harry Kim. 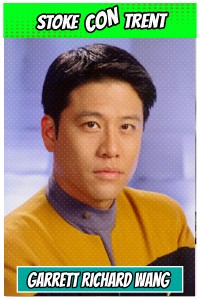 He also made an appearance in the television series All American Girl episode “Submission:Impossible” as Raymond Han.

To meet Garrett, get your tickets now for Stoke CON Trent #4.

Tickets are £12 for adults , £6 for under 16s
For more information please visit StokeConTrent.co.uk/buy-tickets